Top Posters In This Topic

So I'm first up. Let me just say how honored I am to be a part of this, and Gene (BTMN) is one cool individual for allowing us to share one unique man's vision of his guitar. I sold my last Hamer a 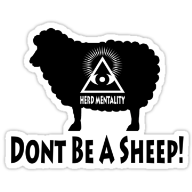 I cannot discuss those things and the Wylbil Special has been sworn to secrecy,,, though I think I saw it swipe some heavy metal off of our lab table. Besides myself, W.S. (Wyldbil Special) got to me